Turn-based RPG for iOS and Android. 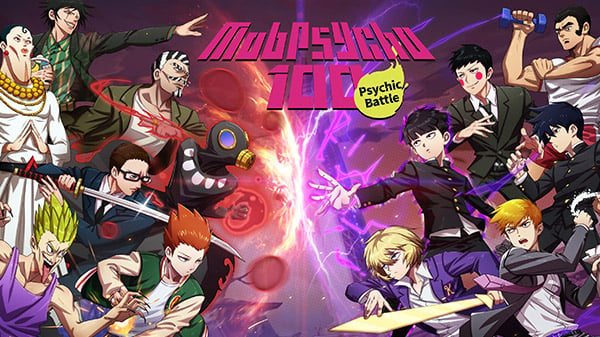 Reigen, Mob, and Dimple and the delinquent cast of Mob Psycho 100 have arrived in an all-new mobile game!

Explore the world of Seasoning City, battle with a team of delinquents and take on the most challenging villains from the Mob Psycho 100 universe. Play and interact with your favorite moments of the anime with animated cutscenes in crisp 3D graphics. Create your ultimate delinquent team with the entire cast of the Mob Psycho universe and take them into the battle in story events, player-versus-player, and raid battles.