Kingdom Under Fire: The Crusaders coming to PC in Q1 2020

First released for Xbox in October 2004. 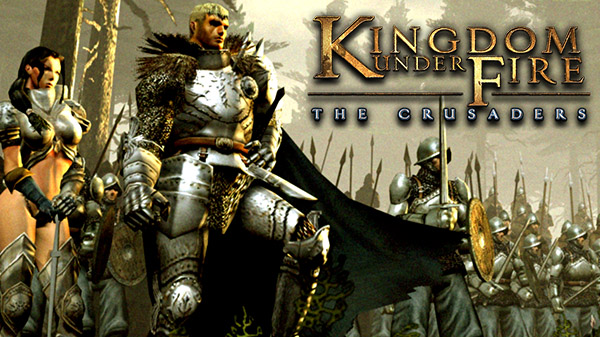 Kingdom Under Fire: The Crusaders, the real-time strategy / third-person action hybrid game first launched for Xbox in October 2004, is coming to PC via Steam in Q1 2020, developer Blueside announced.

Here is an overview of the PC version, via Blueside:

Head into battle and fight for control of Bersia once more as either the Human Alliance or the Dark Legion. Fan favorites return to the fray including Gerald, Kendall, Leinheart and the terrifying Renier. Command legions on the battlefield while simultaneously laying waste to the enemy with your favorite hero.

Kingdom Under Fire: The Crusaders includes epic strategic and real-time tactics where any hero can turn the tide of battle. Players can level up their characters with powerful items and abilities as well as purchase an armory full of devastating weapons and upgrades for their troops.

(Thanks for the tip, PCGamer.)

Nicholas Wilder ⋅ Xuan-Yuan Sword VII for PS4, Xbox One launches in September in the west ⋅ 29 minutes ago