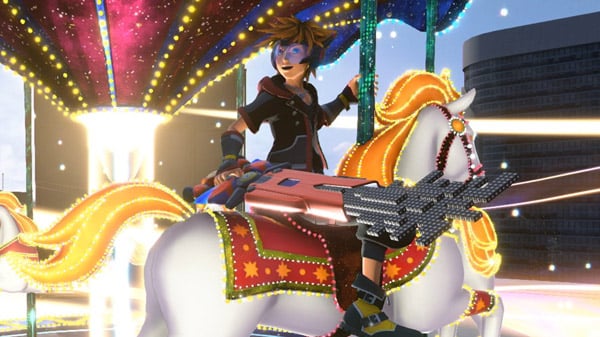 Two new Kingdom Hearts teams separate from the Kingdom Hearts III and Kingdom Hearts Union χ teams have been established within Square Enix, according to a “13 Questions of Darkness” Q&A posted on the Japanese Kingdom Hearts Twitter account today. And one of those teams will release a title “surprisingly soon.”

“We don’t have updates planned at this time, but if something comes up in the future, then we will deal with it,” the Q&A said. “As for downloadable content, Re Mind is the first and last. We’re already working on the next title.”

“Currently, there are no concrete plans [for a Final Mix release]. If it appears on new platforms in the future, then it’s a possibility, but I’m not thinking about whether or not that will become a ‘Final Mix.'”