Futuristic retro action platformer Infinite: Beyond the Mind announced for PS4, Xbox One, Switch, and PC 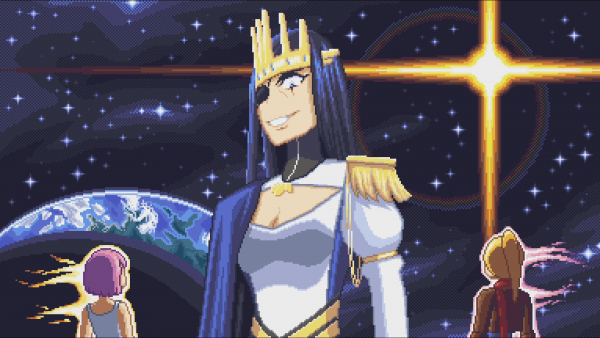 Publisher Blowfish Studios and developer Emilie Coyo have announced futuristic retro action platformer Infinite: Beyond the Mind for PlayStation 4, Xbox One, Switch, and PC (Steam). It will launch in Q2 2020 for $9.99 USD / €8.99 / £7.99 / $12.99 AUD with English and French language support.

Infinite: Beyond the Mind is a futuristic retro action platformer.

Raised on battlefields in a world devastated by war, two women who share a bond over their special powers fall under the watchful eye of the tyrannical Beljantaur Kingdom. When one is abducted by Queen Evangelyn and her heavily armed forces, the other must spring into action and rescue her friend from captivity by any means necessary.

Battle as Tanya or Olga through 16 side-scrolling stages rife with enemy troops, platforming challenges, and intense boss fights, overcoming waves of enemy soldiers and overcoming environmental challenges while you clear your way across the Beljantaur Kingdom.