30-minute presentation to be held at Shinjuku Wald 9 in Tokyo. 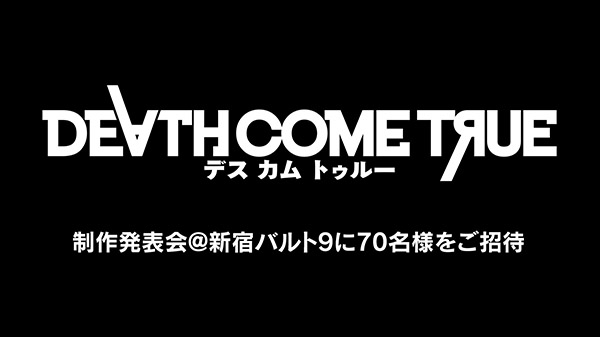 IzanagiGames will host a Death Come True presentation on February 6 from 20:30 to 21:00 JST at Shinjuku Wald 9 in Tokyo, the company announced. It will be live streamed on YouTube.

The event will feature the following presenters:

IzanagiGames will invite 70 users to attend via a Twitter campaign. Users who follow @DeathComeTrue and retweet this tweet will be entered in a lottery to attend. Winners will also go home with a Death Come True original tote bag.