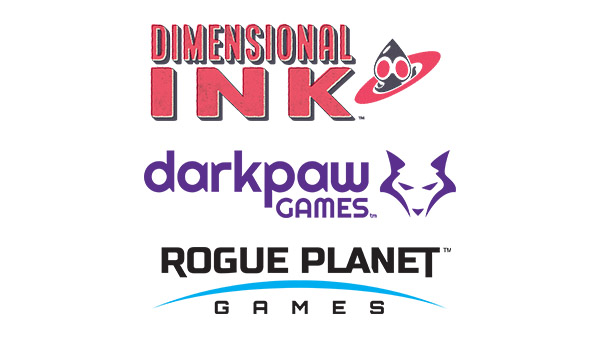 Here is an overview of each studio, via Daybreak Games:

Dimensional Ink Games in Austin develops and operates DC Universe Online, the one-of-a kind DC Super Hero-based MMORPG enjoyed by millions across PC and consoles. Dimensional Ink will be led by Jack Emmert, the mastermind behind City of Heroes, Star Trek Online, and Neverwinter. The studio will continue to support DC Universe Online while developing its next high-profile action MMO project starting in 2020.

Everyone wants to be a hero, and Dimensional Ink is the team to deliver them exactly that. Led by legendary MMORPG designer Jack Emmert, the Austin, Texas-based development team is drawing not only from their past with the fan-favorite free-to-play DC Universe Online, but also Emmert’s expertise from City of Heroes, Star Trek Online, and Neverwinter to craft the finest—and most fun!—experiences MMORPG fans have ever seen. With more than 20 years developing iconic game worlds under its belt, Dimensional Ink is an incredible place for developers and fans alike.

Darkpaw Games will be focusing on EverQuest, one of the most legendary MMORPG IPs recognized worldwide. Holly Longdale will continue to lead the studio as its Executive Producer. Darkpaw’s mission is to expand upon the amazing fantasy adventure that is EverQuest and EverQuest II, and develop the studio’s next innovation.

Based in San Diego, CA, Darkpaw Games is the studio that ushered the iconic EverQuest series into legendary status. Filled with passionate players and creators who love MMORPGs, the teams continue to expand EverQuest and EverQuest II. From the game that changed the world of online gaming to even more immersive experiences, Darkpaw Games will continue to inspire and surprise players for decades to come.

Rogue Planet Games, the San Diego based studio that broke new ground in the massively multiplayer first-person shooter genre with PlanetSide and PlanetSide 2, will craft even more unique experiences in the space under the leadership of Executive Producer Andy Sites. The team is looking to develop its next genre-defining game for fans of shooters under its new banner.

With its award-winning PlanetSide franchise, Rogue Planet Games changed the face of the first-person shooter forever. With PlanetSide 2, it continued that legacy and crafted one of the best massively multiplayer games of all time. Now, it looks to build off the revolutionary titles it created to give MMOFPS players exactly what they want. The San Diego-based developer is filled with FPS fanatics who are passionate about continuing to build innovative experiences for players who log on to take aim at their opponents.