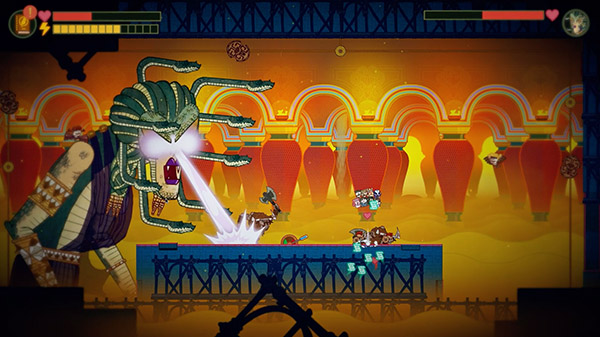 Bookbound Brigade is about beating the hell out of historical and literary characters you studied in school by leading a dream team of real and fictional heroes through a 2D side-scrolling platform-adventure. It will take the likes of Dracula, King Arthur, Queen Victoria, Nikola Tesla, Cassandra, Dorothy Gale, Sun Wukong the Monkey King, and Robin Hood to assemble and avenge a world plunged into chaos following the theft of the ‘Book of Books’, a volume encompassing every single work of fiction and non-fiction ever written.