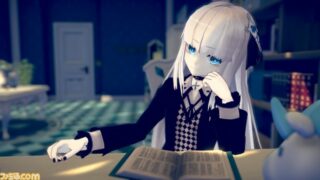 CRYSTAR is due out for PlayStation 4 on October 18 in Japan.

FromSoftware – unannounced title in the final stages of development, next title directed by Hidetaka Miyazaki underway