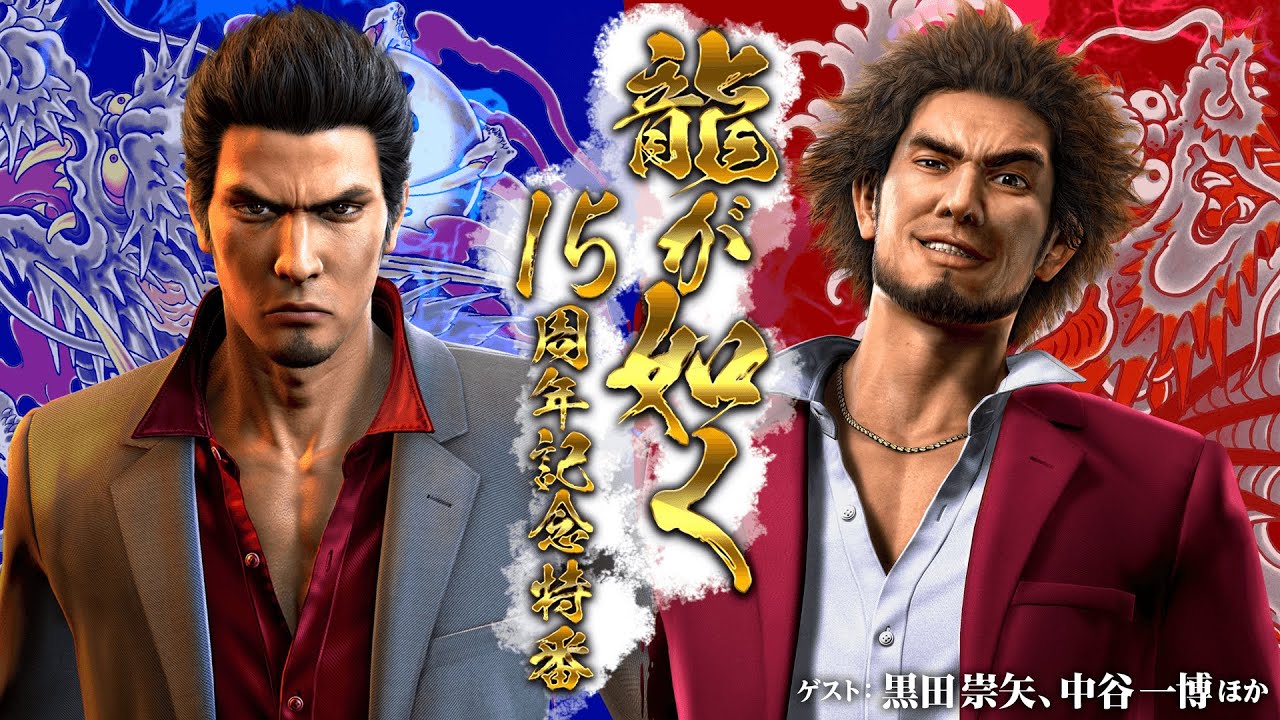 Sega will host a Yakuza series 15th anniversary special live stream on December 8 from 20:00 to 22:00 JST. You will be able to watch it on YouTube.

Sega is seeking users to participate in the live stream in real-time surveys via Zoom. You can apply here until November 26 at 23:59 JST.