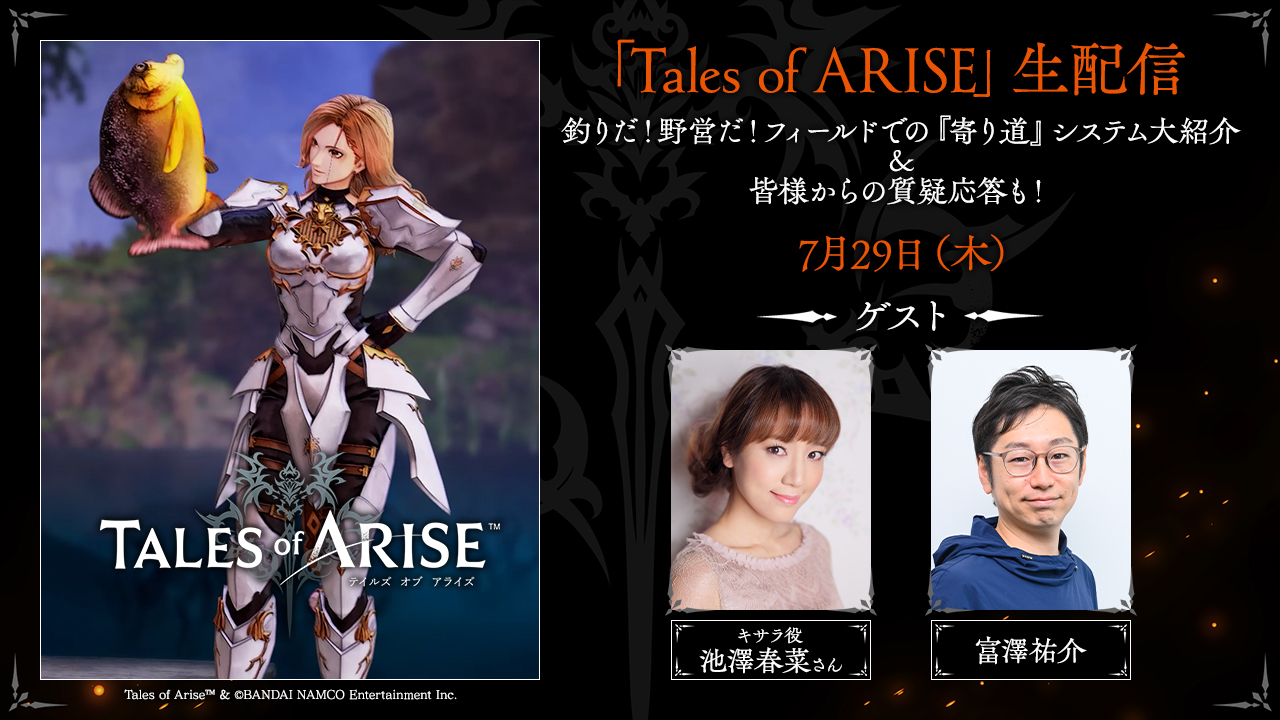 Bandai Namco will host a new Tales of Arise live stream on July 29 at 20:00 JST. You will be able to watch it on YouTube.

The broadcast will feature a first look at skits, which reveal unexpected sides to characters and let players enjoy dialogue between party members, and other Tales of series-esque systems, including camping and fishing. User questions will also be answered. Presenters include Kisara voice actor Haruna Ikezawa and Tales of Arise producer Yuusuke Tomizawa.

Have you seen Chef? ⋅ ExZeus: The Complete Collection announced for PS4, Xbox One, Switch, and PC ⋅ 5 minutes ago

denpanosekai ⋅ ExZeus: The Complete Collection announced for PS4, Xbox One, Switch, and PC ⋅ 11 minutes ago