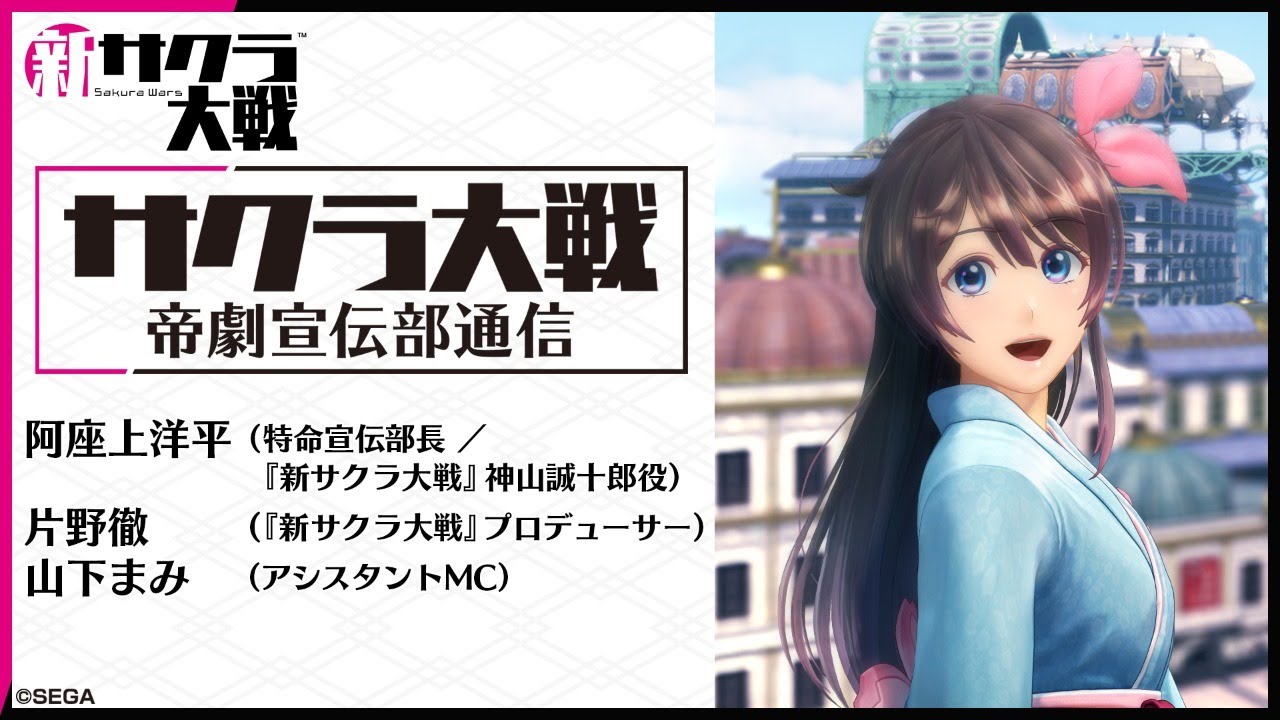 Sega will host the 11th “Sakura Wars Imperial Theater Propaganda Department Report” official broadcast on January 29 from 20:00 JST to 21:30 JST. It will be live streamed on YouTube and Periscope.

The first Imperial Theater Propaganda Department Report following the release of Project Sakura Wars in Japan, the broadcast will feature “tons of news,” including new information on both the game and the Shin Sakura Wars the Animation set to begin airing in April.