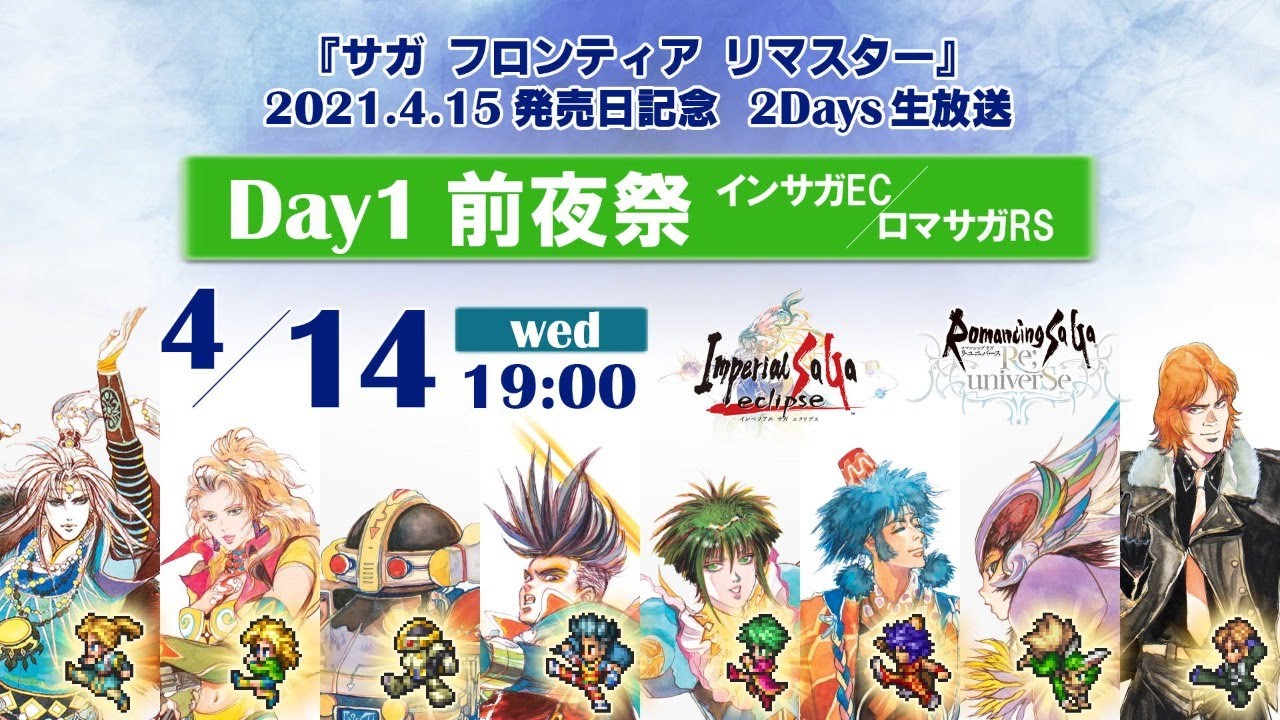 Square Enix will host day one of its two-day SaGa Frontier Remastered launch live stream, the “Night Before Launch,” on April 14 at 19:00 JST. You will be able to watch it on YouTube.

Day one consists of the following two parts: