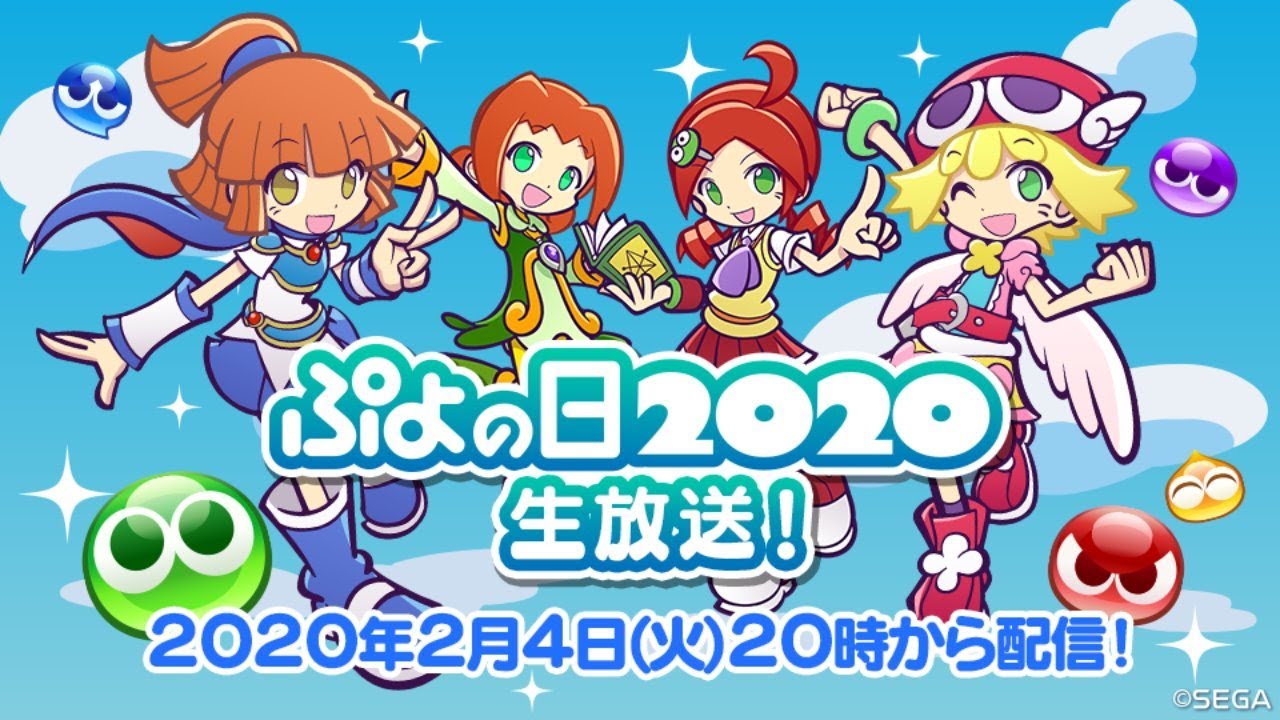 Sega will host its “Puyo Day 2020” live stream on February 4 at 20:00 JST, the company announced. You will be able to watch it on YouTube and Niconico.

The broadcast will feature the announcements of 24 pieces of news, as well as all sorts of information unique to Puyo Day. There will be a variety of content, including the familiar “Live Manzai Demo” corner, a “Puyo Puyo Quest Live Support Conference” to think about the future of Puyo Puyo Quest with the everyone, a Puyo Puyo Champions segment from top players, and the latest information on each Puyo Puyo title.