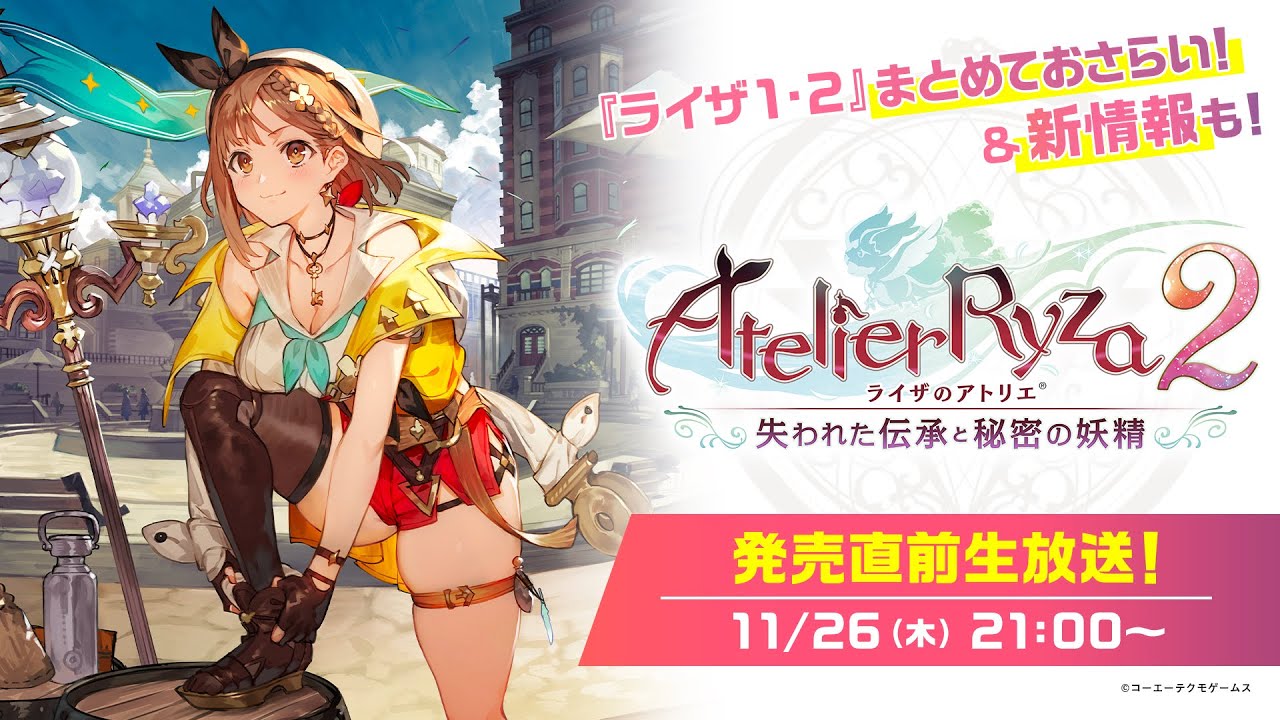 Publisher Koei Tecmo and developer Gust will host a Atelier Ryza 2: Lost Legends & the Secret Fairy pre-launch live stream on November 26 at 21:00 JST. You will be able to watch it on YouTube.

The broadcast will feature new information on Atelier Ryza 2: Lost Legends & the Secret Fairy with live gameplay including Photo Mode and details on updates coming to the game post-launch. There will also be a mini cosplay photography shoot with Moe Iori.