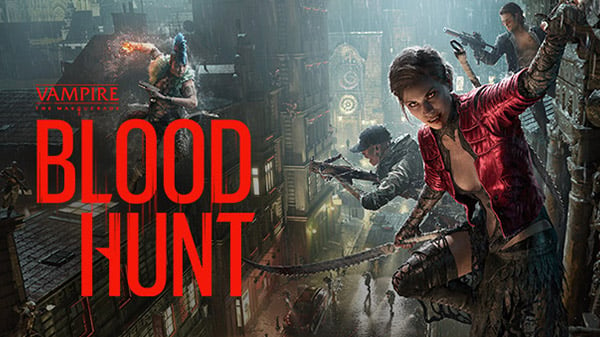 Bloodhunt is the official title of the Vampire: The Masquerade battle royale game announced for PC (Steam) in October 2020, developer Sharkmob announced. It will launch in 2021. Sign-ups for a closed alpha test that will begin on July 2 are available now.

For centuries, vampires have lived and thrived among humans, maintaining The Masquerade. Now a treacherous betrayal has stirred a war amongst the vampire sects, exposing them to the secret society known as The Entity. With a holy mission to annihilate all vampires they take the hunt to the streets of Prague…

Players will need to use their supernatural powers, weapons, and wit to survive the night and restore the masquerade!

A third person free-to-play battle royale experience set in the Vampire: The Masquerade universe, developed in close collaboration with the World of Darkness brand team. For the first time ever, experience the concept of vampires at war as sects clash in the city of Prague, triggered by the arrival of strike-teams from the Second Inquisition. Use your supernatural powers, weapons and wit to eradicate your enemies and deal with the hunters—all while you struggle to maintain the Masquerade.

Watch a new trailer below. View a set of screenshots at the gallery>.