Free update "Lightbringer" also due out that day. 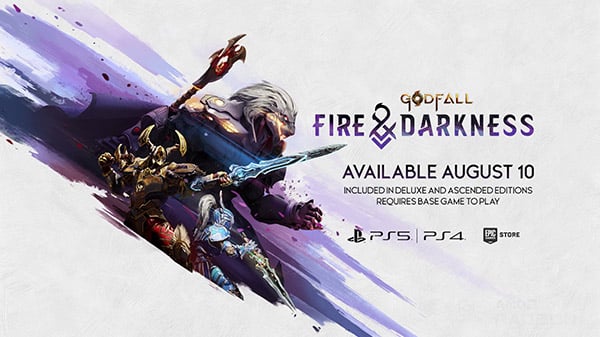 Gearbox Publishing and developer Counterplay Games will release Godfall for PlayStation 4 alongside the paid expansion “Fire & Darkness” and free update “Lightbringer” on August 10, the companies announced.

Here is an overview of the expansion and update, via Gearbox Publishing:

Godfall is currently available for PlayStation 5 and PC via the Epic Games Store.