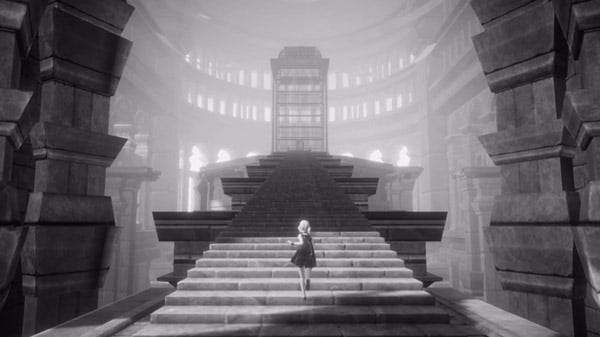 Publisher Square Enix and developer Applibot have released the official English trailer for NieR Re[in]carnation, as well as opened pre-registration for the west for iOS via the App Store and Android via Google Play.

NieR Re[in]carnation first launched for iOS via the App Store and Android via Google Play on February 18 in Japan.

The latest game in the NieR series arrives on mobile devices!

NieR Re[in]carnation is a command-action RPG for mobile devices from Square Enix and Applibot.

It is a place called The Cage.

A girl awakens on a cold stone floor.

She finds herself in an infinitely vast place filled with buildings that touch the very sky.

Guided by a mysterious creature who calls herself Mama, she begins to explore her new surroundings.

To reclaim what she has lost—and atone for her sins—she sets off on a journey through this place of unknown creation.

…A place known as The Cage.

Battles play out by issuing commands to your characters.

This game includes an auto mode that makes your characters attack enemies all on their own, making it easy for people who aren’t as skilled at video games to join in and play as well.