Three studios under THQ Nordic, one under Amplifier Game Invest. 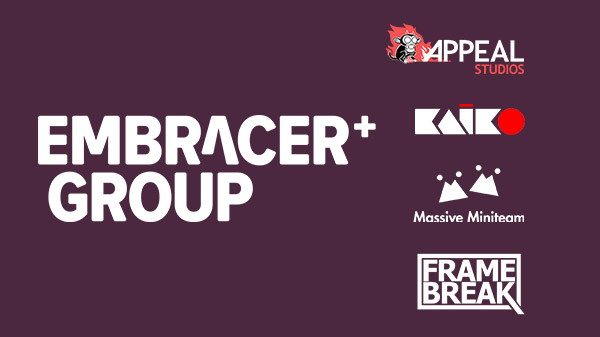 Embracer Group has acquired Appeal Studios, KAIKO, and Massive Miniteam under its THQ Nordic subsidiary, which has also established Gate21 to enable the creation of “world-class 3D characters,” as well as acquired FRAME BREAK under its Amplifier Game Invest subsidiary, the company announced.

THQ Nordic GmbH has acquired Belgium-based Appeal Studios S.A., the original creators behind Outcast (1999). Appeal Studios was founded in 2018 and is currently engaging 55 employees. The team is currently developing an innovative open-world sci-fi action adventure that has not been officially announced. See Appeal Studios’ website for further information.

In addition, THQ Nordic GmbH has founded and incorporated Gate21 d.o.o in Sarajevo, Bosnia and Herzegovina. The team will enable THQ Nordic GmbH to have world-class 3D characters using the most advanced character and facial rigs in development projects.

Amplifier Game Invest AB has acquired the Swedish-based studio FRAME BREAK AB. The studio was founded in 2020 and today has a team size of five persons. FRAME BREAK will be developing games based on their own IP, focusing on highly replayable co-op experiences on platforms like PC and consoles. FRAME BREAK, based in Skövde, becomes a wholly owned subsidiary of Amplifier Game Invest AB, joining the ranks of 13 other game development companies already part of the Amplifier family. See FRAME BREAK’s website for further information.