(A special physical edition may also be released.) 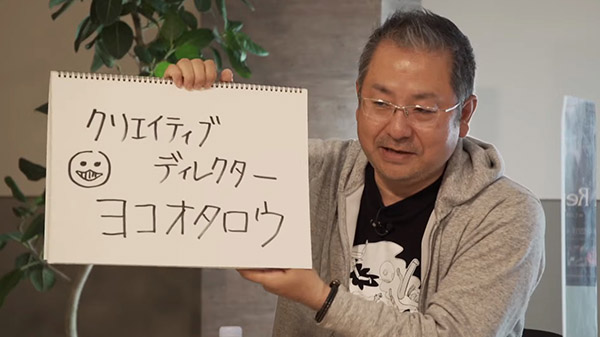 While specific details were not announced, it will be a somewhat indie-esque digital-only title. However, a special physical edition might also be released.

According to Yoko Taro, the game is “difficult to explain”—“a somewhat unusual game, I’ve created something mysterious that I have no idea how to explain or sell.” It is an “off-beat game” that Taro personally enjoys and wants people to play, but has no idea how to get them to do so. According to Saito, it feels both “nostalgic and new.” Staff at the company have said “it’ll definitely sell well!”

More information will be announced as it is made available (with monthly updates being a possibility). It was said that the next update could happen within the next few days at the earliest.