Pixel art Metroidvania game The Skylia Prophecy coming to PS4, Xbox One, and Switch on April 23 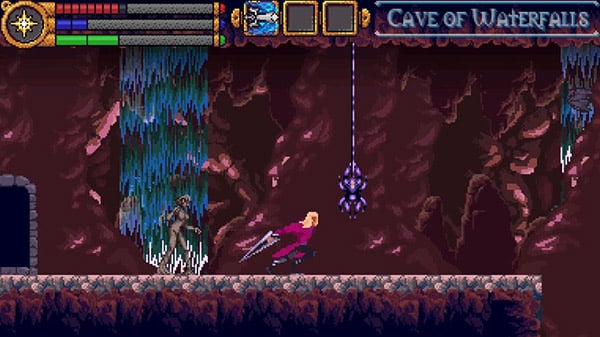 Publisher and developer 7 Raven Studios, and developer Ezekiel Rage will release pixel art Metroidvania game The Skylia Prophecy for PlayStation 4, Xbox One, and Switch on April 23, the companies announced. Nintendo eShop and Microsoft pre-orders will begin on April 16.

The Skylia Prophecy first launched for PC via Steam in November 2020.

The Skylia Prophecy is a story-driven, side-scrolling action RPG set in a medieval fantasy world with more than a dozen locations. Lead Mirenia in a quest to vanquish the evil she unleashed and upgrade her with a level and magic system.