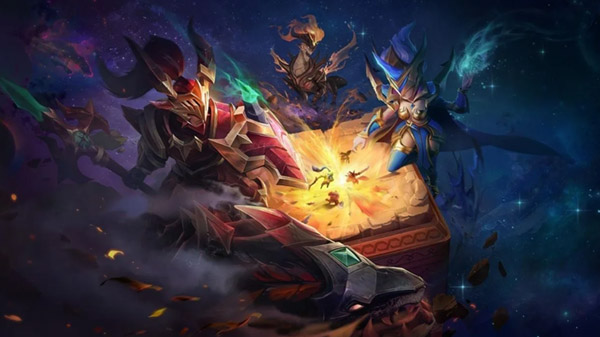 Dragonest will release a PlayStation 5 version of free-to-play game Auto Chess on March 30, the developer announced.

Auto Chess is currenly available for PlayStation 4, PC via the Epic Games Store, iOS via the App Store, and Android via Google Play.

Hold On for Haptic Feedback

Let’s talk about the DualSense controller first. We realized that the DualSense wireless controller’s haptic feedback would allow us to give an extra punch to those well-deserved moments of celebration. Star up a chess piece, win a battle, defeat an enemy player: the thrill from performing a successful move or game-finishing victory will be boosted by a corresponding jolt from the DualSense.

Unreal Load Times and the Power of PlayStation 5

With PlayStation 5’s faster load times, you’ll reach the login screen the moment you launch the game and be on the battlefield before you know it. Say goodbye to long load times (and sadly the chance to mentally prepare your first move before the match’s start!). See an example below:

We’ve taken the opportunity to enhance the visuals of Auto Chess. Next-level visuals will bring the world of Auto Chess to life with ultra-clear definition and seamlessly smooth graphics.

Another exclusive for PlayStation players—acquire the rare chess player Date Masamune from the in-game store or PlayStation Store. There is just so much awesome PlayStation-exclusive downloadable content just waiting to be downloaded for Auto Chess.

Following the launch of the PlayStation 5 version of Auto Chess, the latest Season and Chess Pass will launch on March 28. Season 11 brings fresh challenges and epic implications for your performance on the leaderboard. Forge ahead through Season 11 and improve your rank to qualify for the Global Finals commencing at the end of 2021.

Plus, keep challenging yourself to unlock the seasonal Chess Pass and earn this season’s latest chessboard: Land of Magic Lamp.

Introducing Space Walker, a brand-new piece inspired by the ancient legend of the Monkey King. Space Walker offers a unique balance of Beast race with the Martialist Class that will expand the gameplay possibilities beyond what thought was possible.

There’s no need to worry about leaving your favorite Auto Chess allies and foes behind. Auto Chess for PlayStation 5 can be cross-played across all other devices native to Auto Chess including PlayStation 4, PC and mobile. Plus, all data on PlayStation 4 can be transferred to PlayStation 5 to ensure a faultless transition.

Watch a trailer for the PlayStation 5 version below.