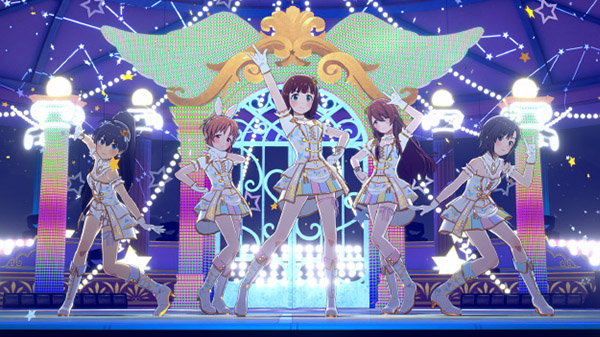 Bandai Namco revealed the new song “Session!” for The Idolmaster: Starlit Season as well as the latest gameplay details during the second edition of its “Starlit Report” live streams.

Build up those daily production activities! Make the stage shine even further with learned skills.

SP (Skill Points) can be acquired by deepening your interactions with the idols.

You can earn “Unity Points” through activities with multiple members.

Have each idol learn skills one by one. Two types of points are required to learn skills.

■ Skill: A Look at a Selection of Skills

Some hit songs can be sung on stage as collaboration songs. The reason for these collaborations will become clear in the main story.

For example, one of the collaboration songs is “Onegai! Cinderella.” You can perform on stage with up to five members from the Cinderella Girls and Million Live! idols that appear in the game.

The Idolmaster: Starlit Season is due out for PlayStation 4 and PC via Steam in 2021 in Japan and Asia.

Watch the latest footage below. View the latest screenshots at the gallery.