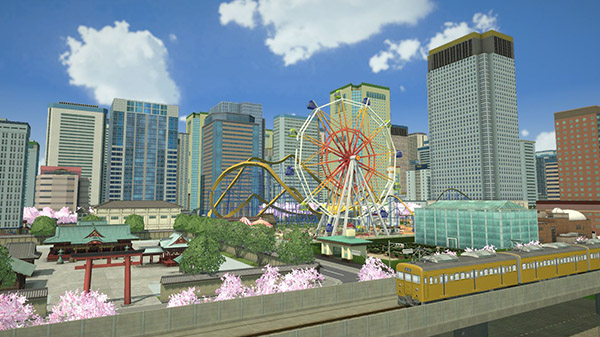 A-Train Hajimaru Kankou Keikaku will launch for Switch on March 12 in Japan for 6,980 yen, publisher and developer Artdink announced. It will support Japanese, English, Chinese (Traditional and Simplified), and Korean language options.

Early purchases of the physical edition will include the “Odekake Hiyori” original soundtrack CD, which includes the following tracks:

Run a Company that Extends the Railway and Develops the City

You are the manager of your very own railway corporation. The tracks you lay will help develop the city. As the city develops, your corporation’s profits will increase and eventually it will go public. Experience the thrill of being a city-building proprietor!

An A-Train Experience All Your Own

Customize your railroad cars, set up your railway schedule. Create subsidiaries and expand the city. With unique activities such as these, you can focus on what you want to focus on. City-building will be the work you create. And you can even create original scenarios to distribute. How you play depends on you!

Desma ⋅ The Wicked King and the Noble Hero details Conco, Sacasa, and Flora ⋅ 5 minutes ago