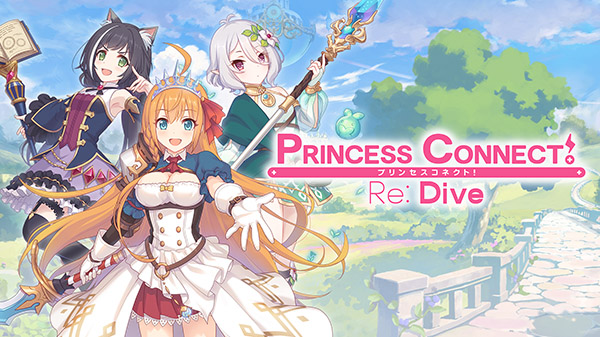 Crunchyroll Games will release the Cygames-developed mobile RPG Princess Connect! Re: Dive for iOS via the App Store and Android via Google Play in the west in early 2021, the publisher announced.

Princess Connect! Re: Dive first launched in February 2018 in Japan, followed by August 2018 in Taiwan, Hong Kong, and Macau, March 2019 in South Korea, April 2020 in China, and September 2020 in Thailand. The game has also been adapted into an anime, the first season of which ran from April to June 2020. A second season is currently in production.

“We launched Crunchyroll Games two years ago and the addition of Princess Connect! Re: Dive symbolizes a real evolution for our brand and our portfolio of titles,” said Crunchyroll Games general manager Terry Li in a press release. “Our community already loves the anime, and we’re excited to bring this title to anime fans around the world who have been patiently waiting outside of Asia.”

Cygames executive director and producer Yuito Kimura added, “I’m truly delighted that we can finally make this title available to both gaming and anime fans in Western regions, which of course includes fans of Princess Connect! Re: Dive. The game was developed as a fusion of anime and RPG elements, providing users with the innovative experience of ‘playing through an anime.’ We hope that many of you will be able to enjoy this fresh, new experience.”

A tale that resonates: the tremendously popular RPG, Princess Connect!, is here for a global audience.

Princess Connect! Re: Dive is finally available worldwide! A blockbuster title that enveloped Japan and China with its success, the game arrives upon new shores thanks to an exciting collaboration between Crunchyroll Games, Cygames, and Funplex.

Begin your journey across the land of Asturm with your one-of-a-kind Princess Knights!