Broadcast date to be announced soon. 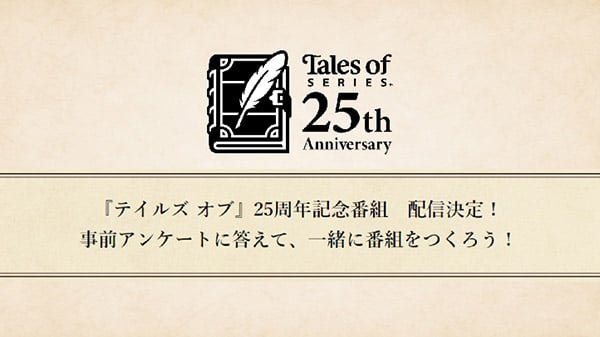 Bandai Namco will host a Tales of series 25th anniversary live stream, the company announced. A date for the broadcast will be announced soon.

The live stream will feature game development stories and anecdotes with producers who have worked on the Tales of series, as well as discussions centered around user questions and survey responses. The latest information on the Tales of series mobile games, events, anniversary goods, and more will also be announced.

The first game in the Tales of series, Tales of Phantasia, launched for Super Famicom on December 15, 1995 in Japan. The latest entry in the series, Tales of Arise, is in development for PlayStation 4, Xbox One, and PC.