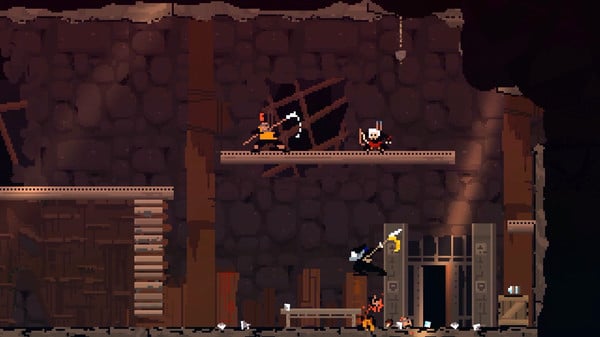 Olija will launch in early 2021 for PlayStation 4 and Xbox One alongside its previously announced Switch and PC (Steam) versions, publisher Devolver Digital and developer Skeleton Crew Studio announced.

Through adventurous exploration, narration and razor sharp combat, the player will discover a strange world and its inhabitants, including Olija, an enigmatic lady that Faraday finds himself bound to over time. Inspired by swashbuckling tales and cinematic adventure games, Olija is a story about facing the unknown in adversity.