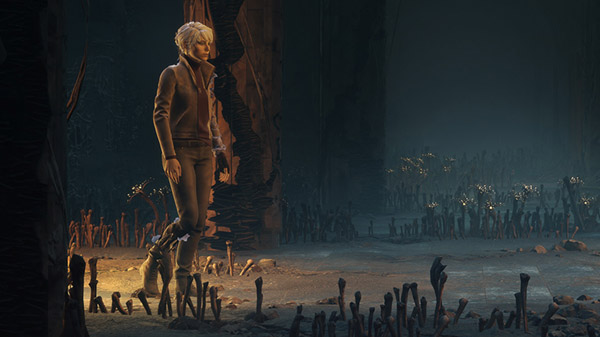 The Medium is due out for Xbox Series and PC via Steam and the Microsoft Store on December 10. It will also be available via Xbox Game Pass for Console and PC.

The first thing that you need to know is that as a Medium, you have the gift, or curse, to exist in two places at once. About two-thirds of your time in The Medium, you will spend being in one reality—either here, in our physical world, or in the spiritual one.

You will have two separate worlds rendered in real-time—something that is now easier to achieve thanks to the new generation of consoles. And depending on the context or the situation, one world might take over more of the screen than the other.

You are in control of both of Marianne’s avatars using your left analog stick. Remember, her body is still in the physical world, while her spirit is somewhere else. Although you can control Marianne in both realities, some of her actions and powers only work in one of them. However, your actions in one world can influence the other, which lets you use your gifts to help both versions of Marianne to progress further.