Due out alongside other versions in spring 2021. 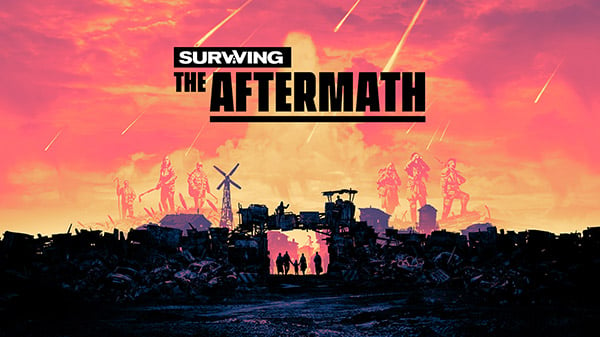 Surviving the Aftermath will launch for Switch in alongside its previously announced PlayStation 4, Xbox One, and PC versions in spring 2021, publisher Paradox Interactive and developer Iceflake Studios announced. It will cost $29.99 USD / £26.99 GBP / €29.99.

The Early Access version of Surviving the Aftermath is currently available for PC via Steam and the Epic Games Store, and Xbox One via the Microsoft Store.

“Players have been asking for Nintendo Switch support since we first revealed the game at PDXCON last year,” said Surviving the Aftermath game director Lasse Liljedahl in a press release. “Keeping true to our word of listening to player feedback, we’ve been hard at work optimizing the game for Nintendo’s console. Expanding to Switch makes Surviving the Aftermath more accessible to our community and allows players to enjoy the game wherever they go.”

The end of the world is just the beginning.

Survive and thrive in a post-apocalyptic future—resources are scarce but opportunity calls. Build the ultimate disaster proof colony, protect your colonists, and restore civilization to a devastated world.

Go beyond the colony and explore the wastelands to gather resources, meet rival colonies, and fight off bandits.

Story of Seasons: Pioneers of Olive Town announced for Switch Previous post
Griftlands coming to Switch in summer 2021 Next post