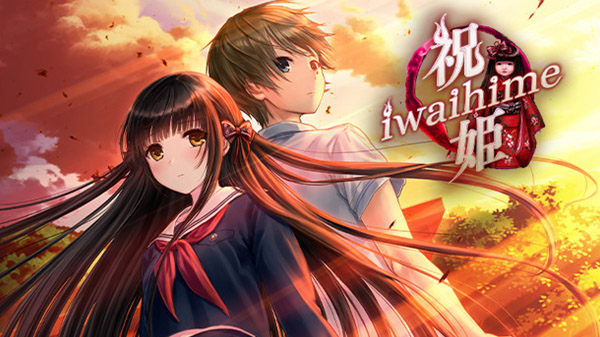 Publisher ShiraVN and developer DMM Games will release an international edition of supernatural horror visual novel Iwaihime for PC via Steam and Johren on October 23. It will support English, Japanese, and Chinese (Simplified and Chinese) language options. A demo is available now via Steam.

Written by Ryukishi07, the creator of the When They Cry series, Iwaihime first launched for PC in January 2016 in Japan. An updated version, which was partially rewritten and contained additional scenario and CG images, was released as Iwaihime: Matsuri for PlayStation 4 and PS Vita in July 2017 in Japan. The international edition of Iwaihime includes the scenario adjustments and CG improvements Iwaihime: Matsuri.

Here is an overview of the game, via ShiraVN:

“I envy you the privilege of dying. Curse your powerlessness, and leave us.”

From the pen of hit writer Ryukishi07, the creator of Higurashi and the rest of the When They Cry series, comes a story on the theme of “curses.” Characters brought to life with delicate skill by manga artist and illustrator Kazuharu Kina are set against atmospheric backgrounds from the fantastic mind of environment artist Mocha. This supernatural horror visual novel—a tale of sin, retribution, and penance—will soon be available for the first time outside Japan.

This new international release includes scenario adjustments and CG improvements from the prior console re-releases, bringing to PC the writer’s preferred rendition of the tale.

Each generation, the sons of the Susuhara family strike out on their own when they reach the right age.

Self-reliantly they refine their minds and their bodies, until at last they become men. Suzumu has prepared for this day for a long time, learning the skills that he will need.

Living alone, he attends Susuda Prefectural High School. He should have joined as a freshman, and not as a transfer—but he was delayed.

His days are not only easy but pleasant. In his Class 2-A, everyone is having fun.

But there’s her. Toe Kurokami. She’s… certainly a wonder. How else to describe her?

She never lets go of the Japanese doll that she hugs constantly to her chest. There are whispers that its hair grows when nobody is looking. That it’s cursed. It’s no wonder they whisper. That’s one creepy doll.

That Suzumu’s path crosses hers could be fate…

Watch the opening movie below. View a set of screenshots at the gallery.

KotiZivoti ⋅ Pokemon Legends: Arceus announced for Switch ⋅ one minute ago