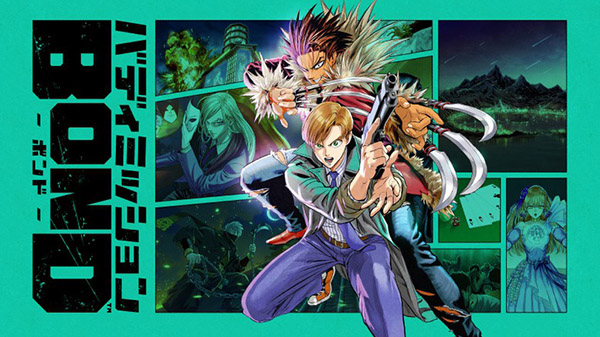 Publisher Nintendo and developer Koei Tecmo have announced adventure game Buddy Mission: BOND for Switch. It will launch on January 29, 2021 in Japan for 7,128 yen.

Close in on the truth with your partner.

Luke, a police officer aiming to become a hero like his late foster father had dreamed, and Aaron, the “Phantom Thief Beast” whose total damages are said to amount to several hundred billion. A strange encounter will greatly change their fate… This is the story of teamwork—and at times disparity—between dependable partners, the mystery of Luke’s father’s death, and a fiery friendship that confront an earthshaking conspiracy.

The story is set on Mikagura Island, the metropolis for international show business. To fight against the criminal syndicate “DISCARD” operating in the shadows, four people each with their own intentions come together to form a an undercover investigation team. That team’s name is “BOND.” It consists of the police officer Luke (voiced by Ryouhei Kimura), Phantom Thief Beast Aaron (voiced by Takashi Kondo), vivacious ninja of many loves Mokuma (voiced by Toshiyuki Morikawa), and cool-headed swindler Chesley (voiced by Daisuke Namikawa). Will you be able to uncover the truth on this island swelled with light and darkness?

The game’s key feature is forming a team of two buddies to investigate and infiltrate. Choose two out of the four team BOND members and switch up partners often while solving the problems that block your path forward. Verifying the traits of each BOND member, and being able to properly investigate with the appropriate members is the key to obtaining information. Depending on the information you obtain, the route when you infiltrate the enemy’s hideout will change. It is important to think aabout and choose the optimal buddy for the job.

Character designs are handled by Yusuke Murata, who is known for Eyeshield 21, One-Punch Man, and more. The game incorporates comic-like presentations during story and dialogue developments, allowing players to enjoy a digital comic-style story.