A handful of new Konami trademarks. 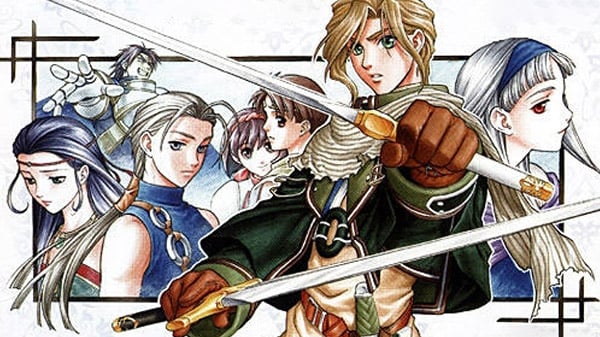 Gensou Suikogaiden is a two-volume visual novel spin-off of the Suikoden RPG series. Suikogaiden Vol. 1: Swordsman of Harmonia launched for PlayStation in September 2000 in Japan, and Suikogaiden Vol. 2: Duel at Crystal Valley followed in March 2001. The series never launched outside of Japan.

Ganbare Goemon, known as simply Goemon and Mystical Ninja outside of Japan, is Konami’s long-running franchise themed around Japanese folklore. The latest console game in the franchise was Ganbare Goemon: Toukai Douchuu Ooedo Tengu ri Kaeshi no Maki, which launched for DS in June 2005.

nomad ⋅ Final Fantasy VII: Ever Crisis announced for iOS, Android ⋅ one minute ago