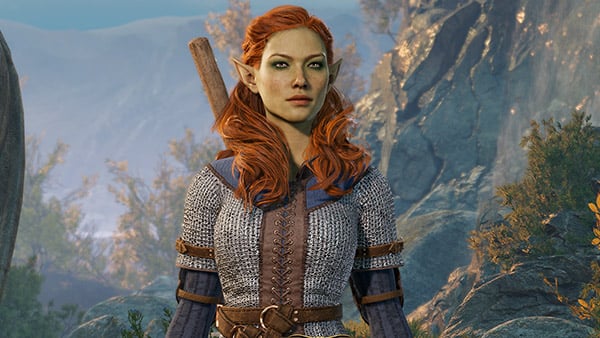 Larian Studios has announced the 16 races / subraces and six classes that will be available when Baldur’s Gate III launches in Early Access for PC via Steam and GOG, and Stadia on October 6.

At launch, players will be able to create humans, githyanki, elves, drow, half-elf, dwarves, halflings, and tieflings, including subraces of each race. The early access release of Baldur’s Gate III provides around 25 hours of content, designed for multiple playthroughs. Players can create their own characters in single-player, or as a party of up to four players in multiplayer, each with their own character.

Races more alien to the Sword coast — like the Drow and Githyanki — are so rare to the average NPC that you’ll find their interactions to be unique, as well. The world of Baldur’s Gate III is a highly reactive one, so this single choice will have huge ramifications across your play experience.

Baldur’s Gate III’s character creation features photorealistic fantasy races based on 3D scans of actors and models (blemishes and all), selected because their features roughly resembled the direction for each race in the game, as well as, of course, for diversity and variety in the human-like races. Our team spent much of pre-production carefully selecting, scanning, and moulding these scans to become the base heads for character creation. Launching into early access is a total of 150 heads to pick from, across 16 races and subraces.

Alena Dubrovina, Lead Character Artist at Larian Studios, said, “When the cinematic dialogues were introduced for BG3, we realized that we needed to make a huge quality leap for the character art. We wanted to make characters look their best and put the bar very high. We had to be innovative to make such a large range of heads at the quality we wanted.

“We decided to use scanned faces in our production to create characters as realistic as possible. We scanned 40 people of different ages and ethnicity. While scouting for models we focused on features that would fit one of the fantasy races. We looked for faces that either had something unique about them or were very versatile to fit different characters. Eventually, we transformed that into approximately 150 unique heads of various races that you can see in-game now, and that number will keep growing. Some of the scanned heads kept their features, but others became a starting point for creating new faces. We also used scanned data as a learning resource because there is no better sculptor than nature.”

The most common face to see in Faerun, humans are known for their tenacity, creativity and endless capacity for growth. They live fully in the present — making them well-suited to the adventuring life — but also plan for the future, striving to leave a lasting legacy.

Githyanki are peerless warriors from the Astral Plane, known for their legendary silver blades and red dragon mounts. They seek the total destruction of mind flayers, whose ancient empire enslaved the githyanki for millennia.