Over 80 enhancements and fixes. 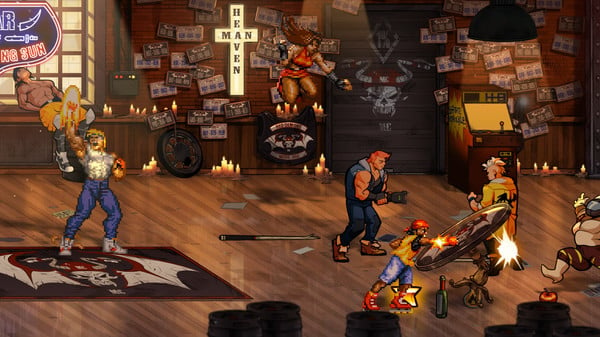 Streets of Rage 4 has been downloaded more than 1.5 million times, publisher and developer Dotemu, and developers Lizardcube and Guard Crush Games announced.

The sequel to the classic beat em’ up series launched for PlayStation 4, Xbox One (including Xbox Game Pass), Switch, and PC via Steam on April 30.

A new update released today adds several enhancements and fixes to the game, including:

“We couldn’t be happier with the reception of Streets of Rage 4,” said executive producer Cyrille Imbert in a press release. “We thank the fans who have supported the game from day one—a lot of the updates in the patch enhance the replay value for folks who have been with us from the start. Additional updates are currently in production and we’ll have more to share on that soon.”

Get the full update patch notes below.

DIRT 5 for PS4, Xbox One, and PC delayed to November 6 Previous post
Minecraft for PS4 update to add PlayStation VR support in September Next post