Go on a 3D platforming adventure with Sackboy. 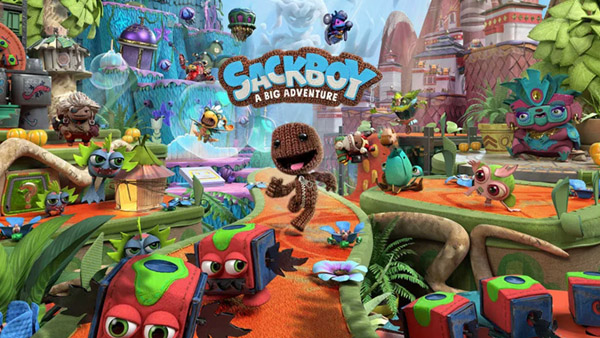 Here are the details, via Sumo Digital design director Ned Waterhouse on the PlayStation Blog:

When we kicked off this project our goal was simple: to give players an amazing, 3D, co-op adventure. The video above gives some insight into how we went about that, starting with Sackboy’s controls, crafting the worlds he explores, designing gameplay with loads of variety and layering on top anarchic, slapstick co-op multiplayer*.

We wanted every level in the game to feel unique and to continually surprise you with what comes next. In one stage you’ll be careening through a mountain pass on a runaway train, the next exploring a forgotten temple or facing off against a hostile baddie. We’ve mixed up the gameplay with a bunch of new power ups – including one which at one point quite literally turns the world on its head! And the game has an UN-BEL-IEV-ABLE soundtrack—there are moments where the music is sure to bring a smile to your face.

As you’ll know if you have played a Sackboy game before he is a BIG fan of fancy dress. There are more than 60 costumes to discover and you can easily mix and match pieces from different costumes to create your very own custom Sackboy. But we haven’t stopped there, we have also created a full emote system so you and your friends can hug, chest bump, dance and play air guitar together.

On the subject of co-op, this game is undoubtedly great in single player, but… throw some friends into the mix and it’s an absolute blast with so many laugh-out-loud moments and plenty of fun griefing opportunities!

Right, that’s enough of me waxing lyrical about the game.

Now I’d like to give you a sneak peek at our Digital Deluxe Edition, available on both PS4 and PS5, and the limited Special Edition only on PS4, both of which include some frankly delightful content to accompany the game. 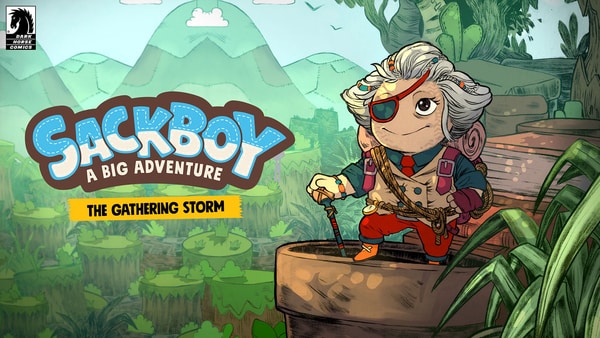 Firstly, if you pre-order any edition, at a supporting retailer or through PlayStation Store you’ll get a copy of the digital comic, The Gathering Storm, in which you will discover the mysterious past of Scarlet, Sackboy’s mentor and Craftworld’s last remaining Knitted Knight. 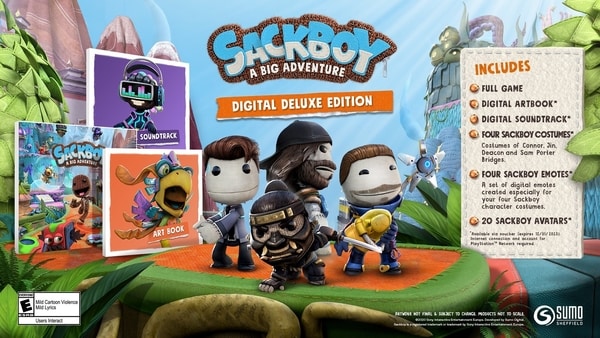 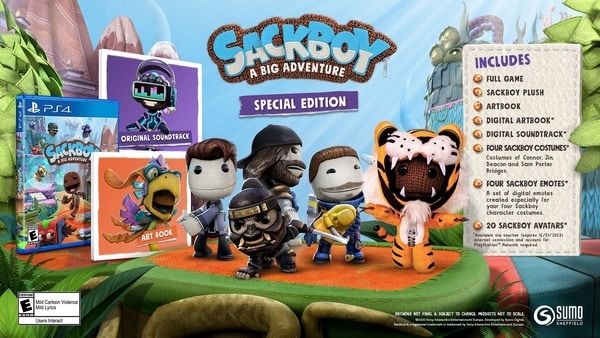 Finally, there’s the Special Edition which features all of the great stuff in the Digital Deluxe Edition plus a physical copy of the Art Book and this… 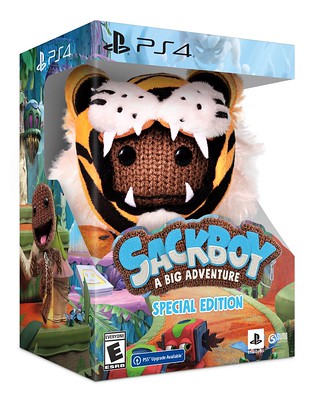 Take Sackboy on an epic 3D platforming adventure with your friends.

And here’s what’s going down:

The dastardly Vex (a near-mythical being born of chaos and fear, no less) kidnaps Sackboy’s friends and forces them to build his Topsy Turver.

This most deadly diabolical device will transform Craftworld from a fantastical land of pure imagination and innocent dreams… into a torrid, barren eyesore of nightmares. Ooh the fiend!

But legend tells of a prophecy from deep within the ancient order of the Knitted Knights, Craftworld’s legendary protectors. For only the brave, fearless, chivalrous and, yes, gallant can save the day in an almost too dramatic for words race against time stuffed with danger and peril. So much peril.

Set off alone or with your bravest friends on a whirlwind of capers across the snowiest mountains, the leafiest jungles, the wettest underwater realms and the, uh, spaciest of space colonies.

Take down Vex. Save the sack-folk. Save the day. It’s time to fulfill your destiny, Sackboy. From woolly wonderkid and hessian hero… rise our Knitted Knight.

Sackboy: A Big Adventure is due out for PlayStation 5 and PlayStation 4 on November 12 in North America and Japan, and November 19 in Europe (further regional information available here).