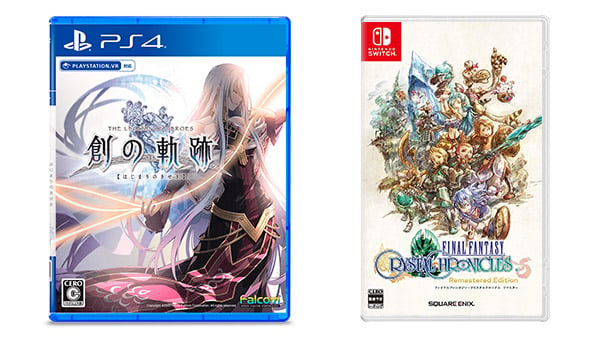 The Legend of Heroes: Hajimari no Kiseki for PlayStation 4 and Final Fantasy Crystal Chronicles Remastered Edition for PlayStation 4, Switch, iOS, and Android are the highlights of this week’s Japanese video game releases.

The latest entry in the Trails series, The Legend of Heroes: Hajimari no Kiseki features three protagonists: Rean Schwarzer, Lloyd Bannings, and C. The game is set on the continent of Zemuria after the disaster known as “The Great Twilight.” The three main characters and their actions throughout the continent will cause troubled destinies to become intricately intertwined. In addition to the main story, the game also features numerous character episodes and side content.

Other notable new releases this week include Captain Tsubasa: Rise of New Champions, Giraffe and Annika, No Straight Roads, and more.

Godless ⋅ NEO: The World Ends With You announced for PS4, Switch ⋅ 15 minutes ago