Become a witch who can transform into an eyeball on a quest for vengeance. 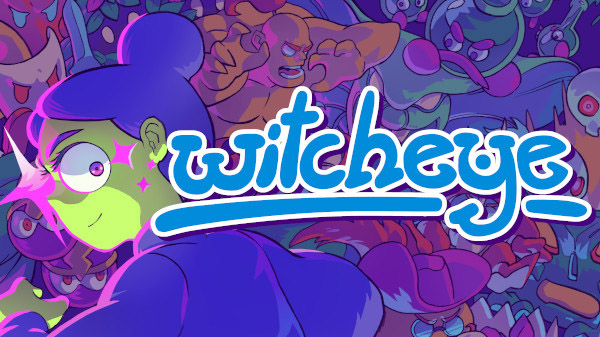 Witcheye first launched for iOS via the App Store and Android via Google Play in August 2019. A PC version was released as a Twitch Prime subscribers bonus in January 2020.

Set off on an adventure as a mild-mannered witch who transforms into a flying eyeball of vengeance after a smarmy knight and wizard steal her spell ingredients. You’ll guide her through 50-plus levels, each containing something completely unique: tricky new enemies, mysterious new environments, and puzzling new secrets. These elements are brought to life with colorful, clean pixel art and a lively, head-bobbing original soundtrack.

Witcheye is a new approach to platforming with a free movement dash through the air. Players are able to stop on a spot, reverse direction, or alter their course at will. Bounce into devilish little beasts, snag collectibles and make it to the goal of each level however possible.

Designer Peter Malamud Smith was the co-creator (with Charlie Hoey) of the viral hit The Great Gatsby For NES, and creator of the well-received mobile action puzzlers Satellina and Satellina Zero.

Devolver Digital and Massive Monster announce Cult of the Lamb for consoles, PC

Loop Hero coming to Switch in 2021