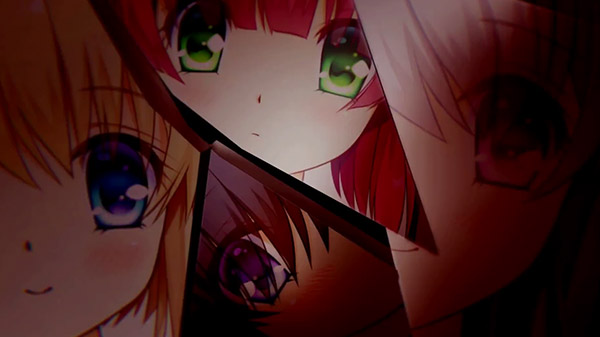 Following a delay from its previously planned November 2019 release date, Kaleidoscope of Phantom Prison will launch for PlayStation 4, Switch, and PS Vita on December 17 in Japan, publisher Entergram and developer 07th Expansion announced.

Entergram also released the game’s grand opening movie, which features the theme song “I’m a Great Pretender” with lyrics and vocals by Naomi Tamura, composition by Tamura and Takanori Tsunoda, and arrangement by Tsunoda.

Kaleidoscope of Phantom Prison is a new “girls x mental x suspense” adventure game planned and written by Ryukishi07, and illustrated by Itaru Hinoue. Read more about the game here.

In related news, Entergram also launched a portal website for its 07th Expansion collaboration projects, which teases new information to come for Umineko When They Cry Saku: Nekobako to Musou no Koukyoukyoku on September 3.