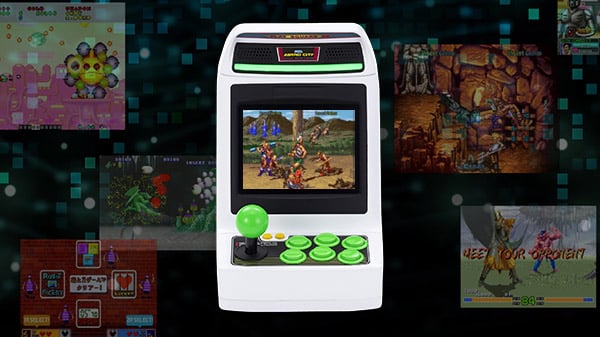 Astro City Mini, the mini version of the classic Sega arcade cabinet, will launch on December 17 in Japan for 12,800 yen, Sega Toys announced.

In addition to the mini arcade cabinet itself, Sega Toys will also release a controller pad for 2,780 yen and arcade-style kit for 3,980 yen.

Astro City Mini will include 36 titles. The following 23 have been announced thus far:

The remaining 13 titles will be announced during a Famitsu live stream on September 3.