Plus the first-ever live performance of the Bugsnax theme song. 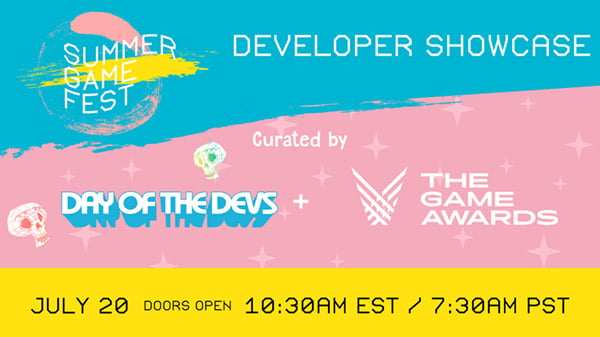 The first Developer Showcase of Summer Game Fest 2020 will air on July 20 at 8:00 a.m. PT / 11:00 a.m. ET, with an acoustic rendition of selections from the Sayonara Wild Hearts soundtrack performed by composer Jonathan Eng beginning 30 minutes prior. You will be able to watch it on YouTube, Twitch, Twitter, Facebook, Mixer, and more.

The Developer Showcase will feature the first-ever live performance of the Bugsnax theme song by Kero Kero Bonito, plus a “high-quality lineup of exclusive games” including:

The Day of the Devs team will also spotlight games from the students at Girls Make Games, a series of summer camps, workshops and game jams designed to inspire the next generation of designers, creators, and engineers.

Watch a trailer for the July Developer Showcase below.