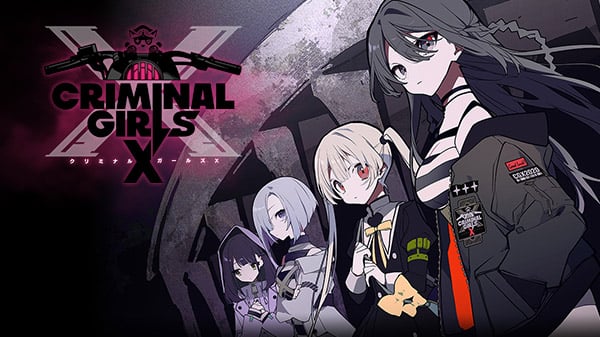 Criminal Girls X will launch for Android on October 8 in Japan, followed by iOS and PC (Nijiyome) on November 17, developer Mikage announced. The iOS and Android versions will support a virtual reality mode. It will be free-to-play with advertisements and item-based micro-transactions.

When he came to, he was in the Asura realm. There is the mortal world where people live, and the hell where those who have sinned go after death. This is the world that drifts between them. A man chasing after his beloved ended up in the Asura realm in order to save her from eternal torture after dying an unnatural death. But in order to make have his wish granted, he must overcome a certain trial.

Guide, make amends for, and purify the souls of 24 prisoner girls, including his beloved. He makes the decision to accomplish this trial. And then return to the mortal world and live his life with his beloved once more.

The god who accepted the man’s determination stole his memory and gave him a new body in the form of a cat. From a human to a cat with a mission—. The trial was a series of battles. Terrifying Oni will attack the 24 girls and protagonist one after the other. However, there is an enemy even more terrifying than the Oni.

Their pasts. The sins they bear.

The 24 prisoners will gradually gather Fragments of Memory while facing their sins. The time limit for this trial is one year. Will the 24 girls and protagonist be able to recover? Their pasts, their lives, and their beloved—.

A police officer, a scientist, a school girl, a killer for hire. The protagonist will challenge the trials of the Asura realm with 24 unique girls who each have their own sins and mysteries. The scattered group of girls who only clashed at first will gradually start to bond through repeated interactions and overcoming trials together.

With gun in hand, the protagonist and the girls will climb onto their motorcycle and defeat the sinful souls—or Oni—that come their way.

In facing their pasts and searching for a path to rehabilitation, the “sins” and “love” of men and women who will change the world will be revealed—. Aim for resurrection to the mortal world, and the fulfillment of a love previously not achieved. A year-long story is about to begin.

SolidZone 26 ⋅ Record of Lodoss War: Deedlit in Wonder Labyrinth Early Access ‘Stages 3 and 4’ update delayed to January 2021 ⋅ one minute ago