Currently available on PlayStation 4, Xbox One, Switch, and PC. 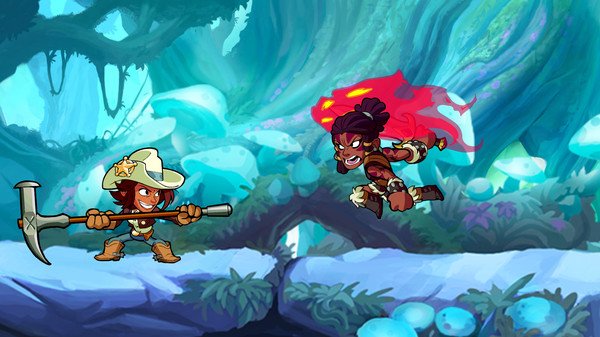 Publisher Ubisoft and developer Blue Mammoth Games will release Brawlhalla for iOS via the App Store and Android via Google Play on August 6, the companies announced. Pre-registration is available now at the game’s official website.

Brawlhalla is currently available for PlayStation 4, Xbox One, Switch, and PC via Steam.

Play How You Want: Online, Offline, or Casual Competitive

Play locally with friends, try to get High Scores in single player, fight in chaotic Free-For-All online and offline, or making the climb from Placements to Platinum and Beyond on the ranked ladder. There’s a little something for everyone. It doesn’t matter if you’re looking to unwind with friends, or if you’re aiming to carve your name into the pillars of the Brawlhalla Competitive Community. Play Brawlhalla however you want, whenever you want.

Choose a Legend, Become a Legend

Over 40 Legends to choose from, each with unique move sets, signature abilities, stats, weapon combinations and flair to suit your personal play style. Master one, or learn them all. More legends continue to join the fight in an ever-expanding roster of those who fight for glory, honor, and bragging rights in the Brawlhalla arenas.

No Pay to Win. No Pay to Play. No hidden fees. No monthly costs. No pay walls. And it’s going to stay that way forever.