The finale of the three-part "Hell Cult" campaign. 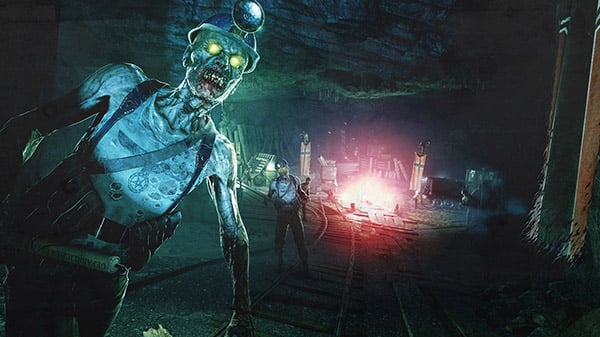 Rebellion has released Zombie Army 4: Dead War downloadable content “Mission 3: Deeper than Hell,” the final mission in the three-part “Hell Cult” campaign. It costs $6.99 standalone and is also included with the $34.99 Season Pass One.

Trapped miles beneath the Earth’s surface, fight your way through a ghastly dig site and battle ancient horrors in this brand-new campaign mission for Zombie Army 4. When the deadhunters discover an abandoned underground city, old allies become a force to be reckoned with as they uncover a source of horrifying occult power.

Unearth the horror of a brand-new location in this terrifying mission for one-to-four players, complete with new enemies, collectibles, achievements and more! The Fuhrer may be gone, but the Dead War rages on!