Werewolf: The Apocalypse – Heart of the Forest announced 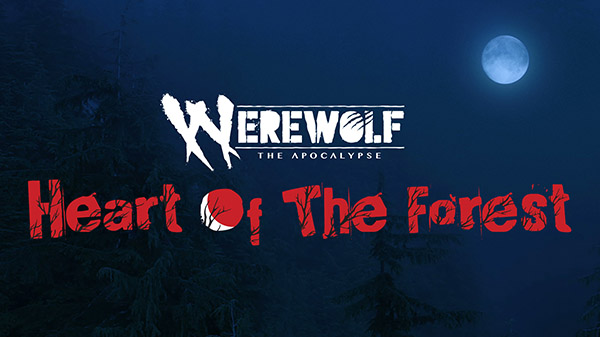 Publisher Walkabout Games and developer Different Tales have announced Werewolf: The Apocalypse – Heart of the Forest for unannounced platforms.

Here is an overview of the game, via Walkabout Games:

The RPG industry veterans from Different Tales and Walkabout Games have announced Werewolf: The Apocalypse – Heart of the Forest. The new video game will continue the style of Different Tales’ previous productions and use the iconic World of Darkness setting.

Heart of the Forest was designed by Jacek Brzezinski and Artur Ganszyniec, the leads behind the first game in The Witcher PC series. Both creators are also known as authors of numerous traditional role-playing games, editors of the most influential Polish RPG magazines, and writers of pen-and-paper RPG supplements. In the video game industry, they became known for their work on The Witcher, Dying Light, and Hitman. Their latest titles are the critically acclaimed Wanderlust: Travel Stories and its standalone expansion Wanderlust: Transsiberian.

Werewolf: The Apocalypse – Heart of the Forest will be published by Walkabout Games, with marketing led by Piotr Gnyp, founder of the oldest Polish World of Darkness fan society (PESM) and longtime editor of the World of Darkness section in the largest Polish RPG magazine.

“As one of our most engaging and popular story settings, Werewolf: The Apocalypse is ripe for new games and experiences, and our partners and licensees have several in the works,” said World of Darkness brand manager Sean Greaney. “It’s a good time to be a Werewolf: The Apocalypse fan, and we’re excited to see what the creative minds at Different Tales are cooking up in Heart of the Forest.”

World of Darkness is one of the most important role-playing brands, which revolutionized the genre in the 1990s. It was the first to shift the focus from mechanics to narrative and storytelling, and to present the world from the perspective of monsters, portrayed as tragic figures. Games set in the World of Darkness universe soon became incredibly popular and made a lasting impact on pop-culture, changing the perception of legendary creatures.

And here is a word from the creators:

We fell in love with the World of Darkness back in the ’90s. We grew up with these games, and they have been with us ever since. They had a profound effect on our professional lives as well.

The thing about the World of Darkness that has always fascinated us is the modernization of myths. Classic horror tales are the embodiment of the fears of their age. A pale count who lived in a huge castle and oppressed the folk would become a vampire. Legends about zombies mirror the unending plight of Haitian slaves. There’s also the man-beast, which, in the World of Darkness interpretation, became the defender of nature.

Today, humanity is enchanted with technology. Myths of the past gave place to fears of the digital age, hackers, and operating system errors. Meanwhile, in 2020, we got a wake-up call from nature itself. Huge forest fires in Australia, pollution of the oceans, climate change, and the pandemic should make us think.

The myth of the werewolf needs to come back, now more than ever.

More information, including story, gameplay, and target platforms, will be revealed in July.

💎Junsui no Houseki💎 ⋅ 3D action RPG Made in Abyss: Binary Star Falling into Darkness announced for PS4, Switch, and PC ⋅ 18 minutes ago