First-person action and survival game due out this fall. 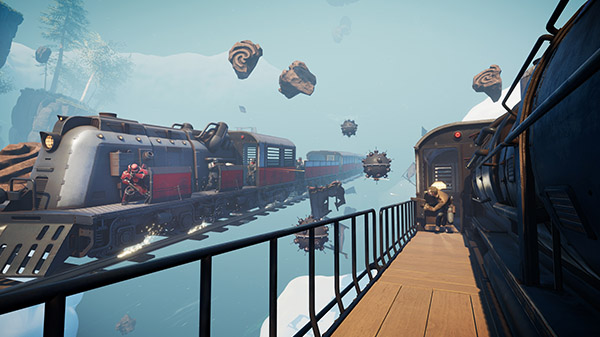 Publisher HypeTrain Digital and developer Nearga released a new gameplay trailer for Voidtrain, its first-person action and survival game due out this fall for PC via Steam, during IGN’s Summer of Gaming 2020 live stream.

Voidtrain is a first-person action/survival game where you become a crew member of an interdimensional express. Build your own train and explore a new mysterious world full of outlandish creatures, Nazis and other dangers. Available in single player or online multiplayer.

In the beginning of their adventure a player only gets a slow push-trolley. By gathering the debris around them, players can both build crafting tools and benches and upgrade the train. The initial trolley can be upgraded in several ways—a player chooses whether they want to extend it by adding an extra train car, make it faster with a steam, diesel or tesla engine, or boost the train’s defence by building walls around it.

The more upgraded the train is, the faster it moves. And, of course, the faster the train moves, the more challenging the game becomes. Moreover, it regularly checks on a player’s progress and adapts the further challenges accordingly.

Upgrade the train’s defense capabilities to overcome the challenges.