Fantasy action adventure game Lost in Random launches in 2021 for PS4, Xbox One, Switch, and PC 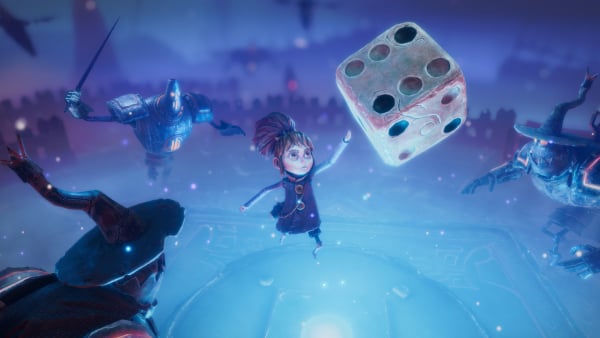 “Everyone can relate to feeling helpless about juggling all the randomness and chaos that occurs in their life,” said Zoink Games CEO and game director Klaus Lyngeled in a press release. “With Lost in Random, we hope to transport our players to an alternate world where they can find power in that randomness.”

Here is an overview of the game, via the press release and official website:

Gothenburg based studio Zoink’s Lost in Random is a gothic fairytale action-adventure, with a very modern message. As another new IP set in a twisted dystopia where uncertainty and chaos are feared, the game follows Even, a courageous young girl, and her living dice companion, Dicey. Together, the two embark on a perilous journey where they must learn to embrace the unknown and play the hand they’ve been dealt, in a bid to break the curse of Random.

Welcome to the world of Random, a dark kingdom where every citizen’s future is determined by the roll of a dice. Will you be defeated by your fate or embrace chaos and learn to make it work in your favor? Embark on a journey with Even and her sidekick Dicey to play the odds and break the curse of Random.