Break into an abandoned castle and unravel the mysteries of the occult. 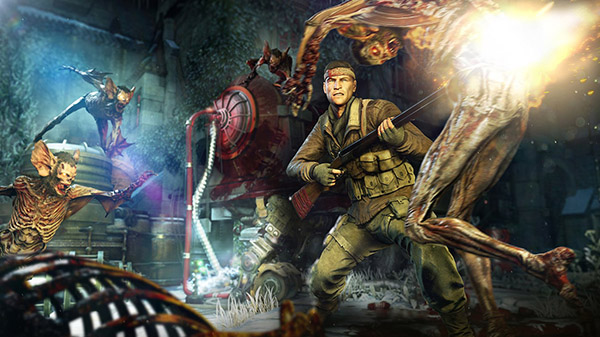 Rebellion has released Zombie Army 4: Dead War downloadable content “Mission 2: Blood Count,” the second mission in the three-part “Hell Cult” campaign. It costs $6.99 standalone and is also included with the $34.99 Season Pass One.

Transylvanian undead? SS Cultists? These are the LEAST of your problems in this brand-new campaign mission for Zombie Army 4. Break into an abandoned castle, unravel the mysteries of the occult, and drill deep into the crypt’s darkest secrets…

Explore a brand-new location in this terrifying mission for one-to-four players, complete with new enemies, collectibles, achievements and more! The Fuhrer may be gone, but the Dead War rages on!

Souledge94 ⋅ The House of the Dead: Remake confirmed for Switch, debut trailer and screenshots ⋅ 17 minutes ago
Latest Open Forum