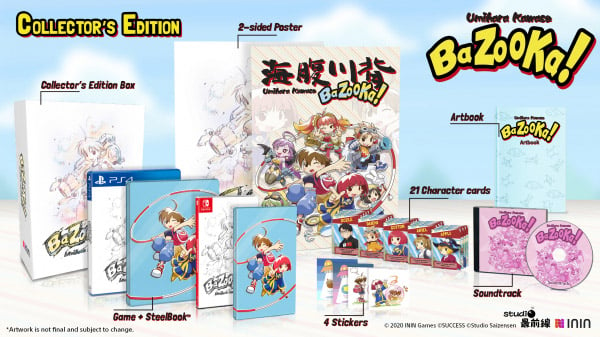 Publisher ININ Games has detailed the three physical editions of Umihara Kawase BaZooKa! that will be available for PlayStation 4 and Switch in the west.

The standard edition, which will launch in July, will be available at retailers and digitally for $29.99 / €29.99 / £24.99. The SteelBook and Collector’s Editions will be exclusive to the Strictly Limited Games Partner Shop for €39.99 and €59.99, respectively.

View a set of pack shots at the gallery.