High-powered prequel gets a release window. 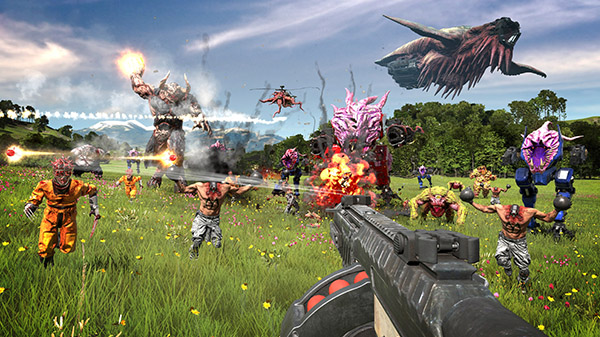 Serious Sam 4 will launch for PC via Steam and Stadia in August for $39.99, publisher Devolver Digital and developer Croteam announced.

A Deluxe Edition, which includes a copy of the game and the “Digital Deluxe Pack,” will also be available for $49.99. The Digital Deluxe Pack includes the Serious Sam 4 digital art book, digital soundtrack, and the Tommy Gun classic weapon skin.

(Update 2:30 p.m.: A Devolver Digital representative told Kotaku that, “[Serious Sam 4] is still coming to Xbox One and PlayStation 4 after its period of exclusivity is over with Stadia,” adding that the game will not be available for consoles until 2021.)

To celebrate the release window announcement, every title in the Serious Sam series is currently on sale at up to 90 percent-off on Steam.

.HackTheWorld ⋅ Nintendo Direct set for September 23 featuring 40 minutes focused on Switch games due out this winter ⋅ 21 minutes ago