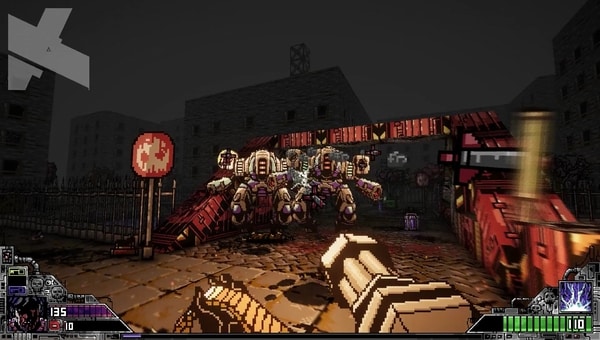 Publisher Crunching Koalas and developer Buckshot Software will release retro first-person shooter Project Warlock for PlayStation 4 on June 9, Switch on June 11, and Xbox One on June 12 for $14.99, the companies announced. Pre-orders are available now on Xbox One and Switch.

Project Warlock first launched for PC via Steam in December 2018.

Here is an overview of the game, via Crunching Koalas:

The game tells the tale of the Warlock, a mysterious preacher tasked with a quest to rid the world of the invading forces of evil. Diving head-first into an inferno of bullets, claws, and fangs he has to slash and shoot his way through hordes of blood-thirsty demons, un-holy monsters, and deadly machines. Traversing through 60 levels set in five distinct domains the player will come across secret areas, ammo caches, hidden buttons, and elevators leading to more danger. It’s crucial to make good use of the 38 guns and eight spells in the arsenal, choosing the right upgrades to get the most out of each playstyle and developing the character with every fight to bring out his full potential.

Starting work on the game back in high-school, Jakub Cisło, had little experience and even less funding. Thanks to his passion for retro games seeded by his dad; a successful Kickstarter campaign; and talented artists he brought to the team, four years later, Project Warlock is launching on consoles to offer a mix of classic 90s action with all the features of a modern shooter in the XXI century.