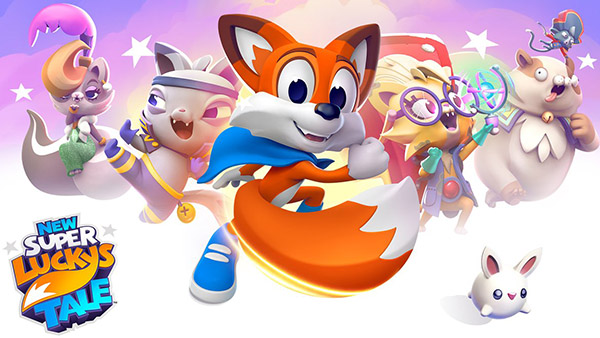 Playful Corporation will release New Super Lucky’s Tale for PlayStation 4 and Xbox One, the developer announced.

The news comes following Gematsu’s discovery of various European retail listings for a PlayStation 4 version distributed by PQube, including 365games, Amazon Spain, E-Leclerc, FNAC, GAME Spain, and GAME UK. GAME Spain is the only retailer to also list an Xbox One version. Most of the retailers list a release date between June 30 and July 3.

Join Lucky on his thrilling journey through the Book of Ages, a magical artifact that opens doors to amazing worlds. Meet new friends, explore exciting lands, and recover the missing pages from the evil sorcerer Jinx and his villainous family, the dreaded Kitty Litter.

Jump, burrow, and tail swipe your way to victory in this love letter to classic 3D platformers!